A day or so ago I wrote about being dry in my relationship with the Lord.  I am not sure how you deal with that, but this morning I was thinking through that and some things became clearer for me.  I do not know about you but sometimes the Christian life becomes somewhat of a chore.  The prayer list gets longer.  Answers do not seem to be coming.  I feel somewhat useless since those prayers are not getting answered. 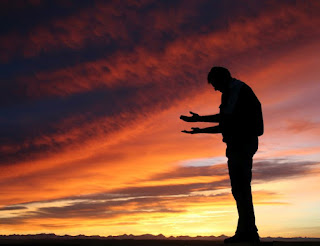 Sometimes I take on that  burden.  It is like if I do not pray enough then the things on the list will not happen.  It becomes overwhelming.

This morning I was feeling that way.  I stopped and just gave it up.  I spent time just giving all of it to the Lord.  I got in a position of surrender of all of the things that were on my plate or that I had added to my plate.  1 Peter 5:7 tells me that was what I was supposed to do.  Cast that all on Him.  Not take those burdens, but rather receive His grace.  That is refreshment.  That is renewal.

Posted by Mike Cunningham at 11:19 PM