Dealing with the Hard Stuff – Part 2

In the last post we started working through how to deal with passages that seem to either contradict other parts of the Bible or else contradict what I currently believe.  I suggested that we needed to start with the question, “Why do you believe what you believe?”  The second question is significantly more important. 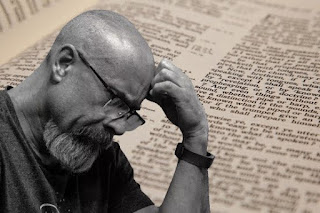 The second question is, “What do you believe about the Bible?”

It may seem odd to use this query in dealing with difficult issues, but it is a foundational question.  Here’s why:
If you give it a moment’s thought, you will see clearly how your perception of the Bible will directly impact how you respond to and resolve difficult or confusing issues you may encounter in the Bible or in your journey as a follower of Christ.

Let me suggest that there is only one view of the Bible that the Bible allows.  It presents itself as the Word of God.  It presents itself as inspired by God in the original autographs.  That is, each pen stroke that was made was inspired by God.  As such it is without error, without contradiction.  It is authoritative for those who are following Christ.

It is the case that we do not any longer have the original autographs.  However, we have an embarrassing amount of historical and archaeological support for the Greek and Hebrew that is used in the production of our versions, translations, and paraphrases.  So, those of us who are reading in languages other than Greek or Hebrew, can be confident that we have a reliable source to study.  There are some caveats to that last statement but they are outside the purpose of this post.

So the starting place for dealing with difficult, hard stuff, is twofold:
Starting with any other positions will guarantee arrival at the wrong destination.

With those as a starting point, next we will look at how to proceed with challenges…
Posted by Mike Cunningham at 7:56 PM No comments:

Dealing with the Hard Stuff

I have been traveling and sick for the best part of this month, so this is a later than I had planned follow-up to the last post of last year.  I have been thinking about this quite a bit.  The issue, the question I posed in the last post, has some far reaching implications; not only for each of us personally, but also for the health and unity of the Body. 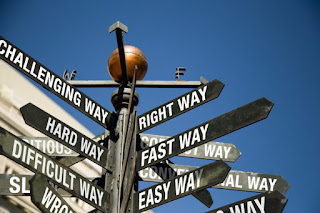 The question was, what do you do with passages that seem to conflict with what you believe?  The answer to that may begin at a different place than you might expect.  It begins with another question or two.  The first is, why do you believe what you believe?  How did you come to the positions that you have?

One of the first courses one takes in seminary is called Prolegomena, it is a word that takes about a semester to learn to say and is not all that useful in polite conversation thereafter.  The word is a derivative of a Latin word that in turn was borrowed from the Greek.  It means prolog or introduction.  In systematic theology it is an introduction to theological method and possibly a survey of the divisions of the system.

For me it was probably the course out of the 128 hours I took at the seminary that had the greatest impact.  In learning the process of theological method one thing became crystal clear, I did not have very good reasons, or foundation, for the things that I not only believed but for which I had argued and fought.  It was at the same time humbling and stunning.

Much of what I believed, up to that point, were things that I had been taught, things I had read, or things that I had picked up from either sermons or messages I had listened to on cassette tapes.  Now, at the time I had been in and had been leading Bible studies for nearly 14 years and I had served on the staff of a Christian organization for nearly 10 of those years.  Regardless, I realized that when it came to difficult or controversial passages, I tended to either force the Bible to fit into what I already “knew” or else I would find someone who had written on the subject that “agreed” with what I already “knew.”

While I had developed the skills that I needed to engage in the Bible in a way to deal with issues correctly, I skipped steps, or else did not really know how to use the tools I had in a way that would deal with the challenge without bias.

Looking back on discussion and controversies in which I have experienced or observed over the past 40 or so years, it seems that many times, actually more times than not, we in the Body seem to handle issues that challenge our understanding in the same way that I did.

So as we start down this path of looking at how to handle difficult, seemingly contradictory passages or concepts, perhaps we need to start with a personal inventory of sorts.  Perhaps ask yourself:
Think that through and I will continue with some other thoughts on this in the next post.
Posted by Mike Cunningham at 9:02 PM No comments: