What do you do with hard passages?  Passages that seem to conflict with what you believe. 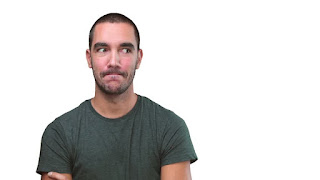 There are two main positions on salvation.  One is that if you accept Christ then you are not going to lose that relationship.  The other position is that you can fall away and lose your salvation.  You hold, or your community of faith holds to one of those positions.

How do you reconcile that passage with the view that one cannot fall away?  If you hold the second view, does this passage support your position?

Take your time on this.  Do not answer without validating your answer from other passages of Scripture.
Posted by Mike Cunningham at 5:32 PM No comments: Links to this post

Have you ever been through a rough season in your life?  Things not going well would be a vast improvement?  We have.  It affects you, does it not?  It forces you to question things.  It can make you question whether God is still with you. 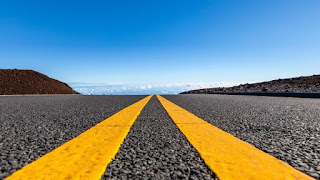 That is not a new or unique experience for those who are committed to follow the Lord.  Asaph was one who questioned.  He questioned to the point that he was wondering if the Lord had changed.  How did he recover?  Did he recover?  Can we when we face the same thing?

Look at Psalm 77:10 – 15 (here @ Bible Gateway).  Asaph chose to remember and think through the following truths about his Lord:
Note that Asaph made this commitment with a question in his heart.  Has the Lord changed?  The answer was clear.

However, as I have suggested in the past, we seem to have, or at least I do have problems with short and long term memory.  We forget.  One answer, journal.  If you write it down, you can review what God has done in your life.
Posted by Mike Cunningham at 3:39 PM No comments: Links to this post

A few days ago I spoke at our church.  At one point in the message I was talking about the need to abide in the Word of God.  I used the following illustration.  Several people have told me it was helpful.  It is written to be shared orally… 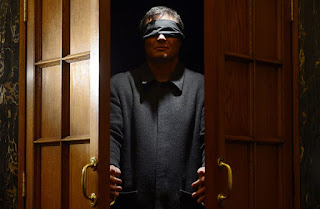 “It is to be our home.  We are to be intimately familiar with it – so much so that – well have you ever awoken in the night in your dark house, and not wanting to disturb your spouse got up and walked across your home in the dark, not being able to see anything, or even did so with your eyes closed.  In a few steps you know where the door is, you reach for the handle and you find it where you expect it.  You walk through the next room moving in a way to avoid the coffee table or lamp that you know is there.  You can do that because that is where you live.  In a sense you are adequate, equipped, to walk blindfolded in the dark throughout your home because you have lived in it, abided in it, for years.  That is the sense of abide, remain, continue here.  You know the Scripture well enough to navigate it blindfolded in the dark.”

You are welcome to use it if you find it helpful.
Posted by Mike Cunningham at 4:01 PM No comments: Links to this post

Bill Bryan was the chaplain at Dallas Theological Seminary when I studied there.  My wife was in Mothers of Pre-Schoolers, MOPS, with his wife Shirley, the entire time that we were there.  Jenny became very close to Shirley. 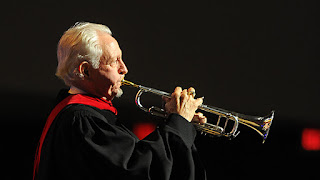 After I graduated, the Fuller institute asked me to move my family of six to Pasadena to take over management of the project on which I had been working for the past year and a half.  Jenny and I flew to CA, and she looked for housing while I worked on three seminars with Carl George.

That week she looked at 110 houses, none of which we could afford.  At the end of the week I told Carl that we could not make it work financially, and he told me I would need to find somewhere else to work.

I was thinking through that as well as what I could do on our flight back to Dallas.  Jenny was very quiet.  Half way back she reminded me that it was her 40th birthday.  In the midst of the stress and drama, I had forgotten.  I made my first cellular phone call from an airplane to get a cake ready for us when we landed.  But that did not make a dent.

Several days later, Bill and Shirley joined us for dinner as a surprise for Jenny.  That helped get me partially out of the dog house.

That was the people they were.  That snippet did not come close to many of the stories I have heard.

His memorial service was yesterday.  His three sons spoke.  It would be worth your time as a father to hear what they had to say.  It will set a high bar for you as a father.  I do not know how long this link will be available.  I highly recommend that you watch this, click here.  The service is a bit down the page...worth looking for it.

Also, Dr. Mark Bailey's message was the best I have ever heard at a memorial service.
Posted by Mike Cunningham at 5:32 PM No comments: Links to this post

Speaking At Our Church

For the past several days I have been preparing to speak at our church.  That is one of the reasons that there has not been a new post. 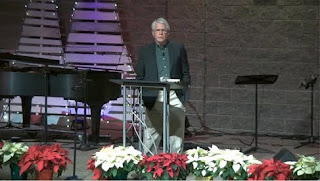 You may want to watch this.  I am covering 2 Timothy 3:10 – 4:8 (here @ Bible Gateway).  Some of this has been written about here.  But this puts most of it together.  Click here to hear and watch the message.

Look forward to any comments you may have.

Posted by Mike Cunningham at 11:58 AM No comments: Links to this post 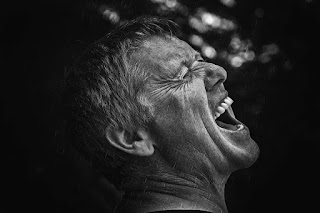 This friend is in the midst of leading a ministry that is going through some changes.  The changes seem to be aligning the thrust of the ministry more closely to the purposes of the Lord described in the New Testament.  Since this effort has begun, all kinds of turmoil has erupted in that community.

The Scripture warns us of this.  1 Peter 5:8 (here @ Bible Gateway) tells us that the enemy is about destroying us.  He isn’t in the business of distraction or irritation, no, destruction is his end game.  But, there is a way to avoid destruction, don’t do anything that would get his attention.  That is don’t be engaged in making disciples or seeking first the Kingdom of God.

He will leave you alone then.  You are not a threat.

Step in the direction of obedience, expect turmoil.
Posted by Mike Cunningham at 3:04 PM No comments: Links to this post