Genesis 15:6 (here @ Bible Gateway) is one of those passages in the Bible that forms the basis for others, for example: 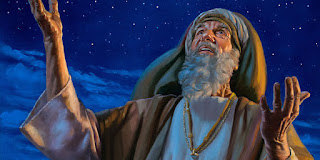 You remember the context.  Abram is childless, he points that out the Lord, reminding the Lord that one that is not his son will inherit Abram’s wealth.  God responds to Abram by telling him that his descendants would be too many to measure.

Genesis 15:6 (here @ Bible Gateway) records Abram’s response.  Note the focus of Abram’s faith.  He does not believe in the promise, he believes in the Lord.  His faith was not on what was promised but on who promised.  The person of God, not the promise of God.

The implications for us are profound.  We are not to believe or trust in what God has promised we are to believe and trust in Him.  Abram desperately wanted a child, an heir.  God promised an heir.  Abram believed in the Lord.

I have heard messages that focus on what God can do for us, how He can meet our needs.  Ok.  In John 6 (here @ Bible Gateway), people were following Christ because He fed 5000 with five loaves and two fish.  So they began to follow Him around.  In John 6:26 – 27 (here @ Bible Gateway), Jesus rebukes the crowd telling them they are following Him for the wrong reason.  The bread they wanted perished.  He was what they needed.

The trap is subtle.  When pain and distress overtake our lives we cry out in desperation.  We cry for one to meet our needs to ease our pain to solve our problems.  The reality is we will have more needs, more pain, and more problems.  We need Him long term more than we need what He can “do” for us in the short term.
Posted by Mike Cunningham at 9:35 PM No comments: Links to this post 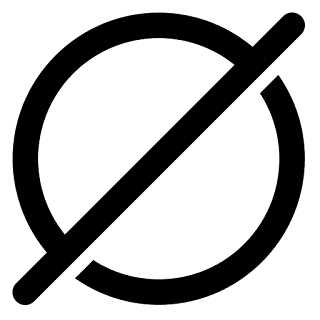 In the past 11 years I have seen the reality of these passages played out in 8 nations.  I have seen men and women respond with joy to the reality that they could understand the Word of God on their own.  Given some simple direction, they were able to ask some general questions of a passage, thereby opening up their understanding of the text.

I have seen excitement, confidence, hope, and commitment to share their experience with others.

For the last two weeks I saw it again in Cameroon.  Through five events in 15 days many responded the same way.  It is my conviction, and I saw it again over the last two weeks.  If you get people into the Word of God, having given them some simple tools on how and for what to look, and then get out of the way, in every case the Spirit of God does just what Jesus said the Spirit would do.  He leads people into truth, the truth that He inspired (John 16:13 (here @ Bible Gateway); 2 Timothy 3:16 - 17 (here @ Bible Gateway).

It is more fun to watch that than I can possibly explain.
Posted by Mike Cunningham at 8:02 PM 1 comment: Links to this post

Thursday afternoon I leave for Cameroon.  I will be there for a little over two weeks.  I will work with pastors, a group of parents, some men who are training to be pastors, and I will speak at a launch of a media ministry’s missions event – that last one is on the radio. 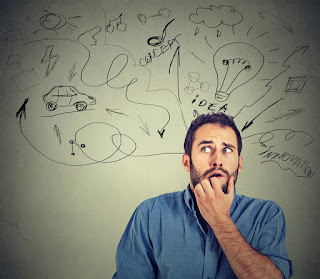 I have been sick with the flu for the past week.  So I am really behind getting ready for this trip.  I was going to have the material printed there but it was going to be too expensive, so I am printing 200 booklets here.  Problem.  Not sure how I am going to get them there.

I have been all day trying to get caught up and ready to go.  I am making lists to keep from forgetting something.  Probably will.

Woke up this morning at 0300, grabbed my phone, started planning…

A few minutes ago I was obsessing about something and the Lord called forth Lazurus like Philippians 4:6 -7 (here @ Bible Gateway) out of the darkened tomb of my Scripture memory.  I had to confess, anxious.  Troubled.  Worried.

That is really easy to write in a blog.  Not so easy to actually live.
Posted by Mike Cunningham at 9:31 PM 3 comments: Links to this post

Genesis 15:6 (here @ Bible Gateway) is not only a key passage for our relationship with God, but also a key concept that threads its way throughout the Bible.

Consider these passages (it would be a good idea to read a few verses before and after each passage to get a sense of the context):


What do you see as the key?

For me, the phrase that is key is in Genesis 15:6 (here @ Bible Gateway), “…he believed in the Lord…”  Abram believed in the person.  He was not focused on the promise but the one who promised.  He believed, trusted, that God could do what He said.

That is the thrust of how Paul describes Abram’s response in Romans 4:20 - 22 (here @ Bible Gateway) is it not?

The implications for us are significant.  We do not believe or trust the promise; we trust and stand on He who promised.
Posted by Mike Cunningham at 3:20 PM 1 comment: Links to this post

Yesterday we started unpacking some lessons on how we are to best navigate pain, difficult stretches of our lives.  The premise yesterday was that the first thing that we have to have a firm grasp on is the sovereignty of God. 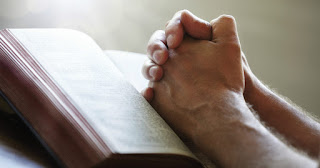 It seems to me that the second thing we have to have settled in our faith is the nature and character of God.  Hebrews 11:6 (here @ Bible Gateway) seems to capture the thought most succinctly.  We have to believe that He is and that He is a rewarder of those who diligently seek Him.

Consider the implications.  To live like that we have to be comfortable, settled really, with not only God’s sovereignty, but that sovereignty, that power, is exercised consistent with a nature and character in which we can, using the book of Hebrews term, “rest”.

We have to know that we can trust Him.

There were times in this past year that my prayer in the midst of extremely difficult circumstances consisted of, “I love You, I trust You.”  That was all.  The rest of the time was spent in tears.

There is only one way of which I am aware to understand both the nature of God and His sovereignty.  That is to devour His Word.  There is no other way.  We cannot survive on the work and understanding of others.  We have to have firsthand knowledge of Him.  Our minds have to be renewed, Romans 12:1 - 2 (here @ Bible Gateway).

The only way to do that is by spending much time with Him in the Word, prayerfully.
Posted by Mike Cunningham at 5:49 PM 1 comment: Links to this post

[Note: As many of you already have discovered, the flu shot this year was not all that effective – I have been learning that by firsthand experience since early Tuesday morning.  Basically did not get out of bed Wednesday or Thursday.] 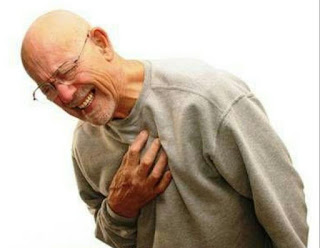 The diagnosis of cancer we received two years ago I have written about twice, here and here.

In light of some of the things that we have experienced as a family in the last year, and are in fact still experiencing, reviewing a thing or two may be useful.

We have experienced 4 deaths and three births, and last Tuesday, our extended family experienced another death.  Lee was my wife’s cousin’s first child.  As we have navigated these months, as I have begun to experience some of the minor side effects of the cancer, as I have watched my son learning to be a doctor and a single father after burying his wife of six years, as I have seen another son lose his third child through miscarriage, I have wondered what is the one thing that allows us to walk through times like these and emerge with not just our faith intact but stronger, fuller, and closer to Him?

I listed three things a couple of posts ago.  One of those seems to me to be the most important – in truth they all play a part – but on the first, the sovereignty of God, I would like to share some thoughts.

If we are not settled on who God is, that He is in control, then it seems that we only have two options when tragedy is part of our path.
Take a minute and read:
There are many other passages we could consider, but think through these.  Consider what they say.  By that ask the primary question in reading or studying the Bible or for that matter any book or document, “What does it say?”

Paul in Colossians echoes John and extends the argument to include that He holds all things together.

If we embrace that reality, if we live in the certainty of what John and Paul under the inspiration of the Holy Spirit penned for us, while it does not ease or diminish the pain or grief, it give us a solid anchor on which to grasp.

This in my floundering estimation is the more important truth.  But there is at least one more.  We will consider that tomorrow (unless the flu reasserts itself – under the sovereignty of God of course).
Posted by Mike Cunningham at 8:40 PM No comments: Links to this post