Departing with No One’s Regret

Jehoram was the fifth king over Judah after the split from Israel.  He was not a good one.  For a quick summary look at these passages: 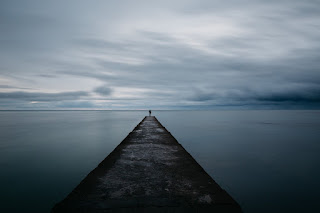 Romans 15:4 (here @ Bible Gateway) tells us that this was written for our instruction.  So what do we learn from Jehoram?  Not walking with the Lord and leading others into heretical belief and worship, would make our impact such that no one regrets our departure.

How would we do that today:


The way to make sure that we are not following in Jehoram’s footsteps, is to make sure we are doing the opposite of him:


Living this way would leave a legacy that people would remember fondly.
Posted by Mike Cunningham at 11:07 PM 1 comment: Links to this post

Feeding on the Word

A few years back I wrote about a Muslim friend of mine who trusted Christ through reading the Gospel of John for two years.  We have been meeting pretty much each week online for the past six years.  He is pastoring underground churches in eight of the cities in his country. 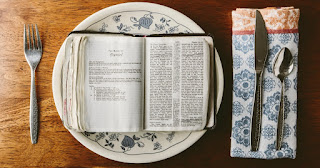 Until now I did not know that he was the 4th of 11 children.  He is currently the only believer in that Muslim family.  As I mentioned earlier he came to Christ after listening to a broadcast from a Christian station in Monte Carlo.  When he responded to them, they sent him a copy of the Gospel of John which he spent two years working through.  He was then convinced of the claims of Christ on his life and gave his life to Him.

He was living with two of his brothers at the time.  They were working on a business idea together.  When they found out about his commitment to Christ, they kicked him out.  He was essentially out of work, out of money, etc.  He told me that he only had tea and bread to eat.

He said that during that time he had an insatiable appetite, hunger, for God’s Word.  He could not get enough.  He read and prayed.  It was practically his complete focus.  He told me that he could actually taste the Word, and that Psalm 119:103 (here @ Bible Gateway) described his experience exactly.  Ezekiel had the same response in Ezekiel 3:3 (here @ Bible Gateway).  But for my friend this was not a symbolic, but real experience.

Further – well tea and bread are not much on which to live.  My friend told me that during that time he would go to bed and dream about eating.  In the morning when he woke, he felt full, had no need to eat breakfast.

When he told me this, my first reaction was, “You need to share that story more often.”  My second reaction was to remember that Job 23:12 (here @ Bible Gateway), says that Job treasured the Word of God more than his necessary food.

Think of what God did for this man.  He has placed his faith in one whom throughout his life has been told was not the last word on how we are to have a relationship with God.  As a result he is now against his family and shunned by them.  He has no real means of supporting himself, nothing really to eat.  God feeds him, literally, with His Word.

Almost a year ago we were fervently praying for my daughter in law as she was undergoing chemotherapy.  We were praying for her healing and for the protection of her child she was carrying from the effects of the chemo.  The child was born March and is healthy.  As I mentioned a few days ago my daughter in law succumbed to the cancer just before Thanksgiving. 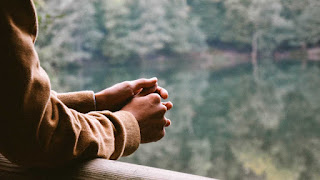 John 6:26 – 27  (here @ Bible Gateway) challenged my prayer for her during that time.  I was fervently praying for healing, for protection.  As I considered and prayed through John 6:26 – 27, it occurred to me that asking the Lord for what He can do for us in surviving or overcoming the world is in a real sense asking Him for bread that perishes.

Health, healing, earthly prosperity all perish.  Regardless of whether a person is healed or not they will eventually die.  Whatever prosperity I am able to accumulate will remain here after I go home to be with the Lord.

What does not perish is life from Him, knowledge of Him, and the righteousness that He has given us as a result of being in His presence.

Had the Lord healed my daughter in law, at some point she would still have died.  Her daughter, though protected from the effects of the chemotherapy, will, at some point in time, as with all of us, also die.

It became clear working through this that what I needed to pray for my daughter in law was that Christ would be magnified and glorified through her life.  That He would be exalted in and through her life, however long it was to be.

In fact that is what happened.  Her battle, her attitude through that battle, had an enormous impact on the doctors and nurses that cared for her at MD Anderson this past year.  Her life, her struggle, radiated her dependence on Him.  That dependence gave her a strength and attitude that drew in those who cared for her.

On the day she left to come back to Tulsa.  The staff on the floor came to her room as a group and told her how much she meant to them.

It is that result, the magnification and glorification of our Lord that we should seek.  That is the bread that does not perish.  The impact of our dependence on the Lord draws others to Him.  That is the fruit that remains.
Posted by Mike Cunningham at 6:27 PM 2 comments: Links to this post

I had started writing this post on November 10th.  While I was working through this, my son called from MD Anderson and told us that there was nothing more that could be done for his wife…  Only made it through the – below, it did not seem important, nor was I able to finish after that call.  But, I will finish it now:

In the September 4th entry I alluded to some time I spent in 2 Chronicles 14:2ff (here @ Bible Gateway).  Reviewing that, just now, there is more that needs to be said. 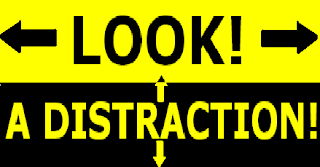 Some of this is a reaction to several of the conversations I have had with men these past few weeks.  As men we are in a continual battle.  The battle is – one of focus.  In 2 Chronicles 14:2 – 15:19 (here @ Bible Gateway), the ruthlessness of Asa’s commitment to eliminate distractions is documented.  He went so far as to remove his mother from her position because she was as distraction in that she was creating images that were leading others and potentially Asa away from the Lord.

The enemy knows what it is that will distract each of us.  He is faithful to make sure that we encounter our particular distraction on a regular basis.

Asa, worked hard to remove those distractions from his life.  But even he did not end well.  Look at 2 Chronicles 16:7 – 14 (here @ Bible Gateway).  The final distraction for Asa was a desire for victory over Baasha.  Rather than trust the Lord for victory, he used the treasure of the Lord to hire help.

My take away from this is that I am unable, on my own, to remove through diligence and discipline all of the distractions that are presented to me.  Rather, I have to continually trust in the Lord for focus.  I have to rely on Him, His work in my life, rather than my ability to follow him undistracted.  Asa reminds me that diligence, commitment, are not an adequate defense against a committed, powerful enemy.  I have to rely and depend on one who is stronger and has already defeated that enemy.

I am haltingly learning what it means to lean more effectively on His strength.
Posted by Mike Cunningham at 10:38 PM 1 comment: Links to this post 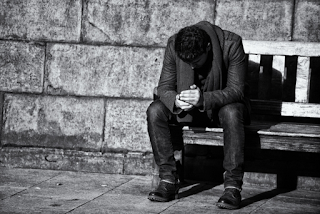 The questions have been numerous.  The primary one, “Why?”  Why would the Lord take such a brilliant and gifted woman nine months after giving birth to a beautiful baby girl?  Why would he do it in this way?  Why did she have to suffer through this?  We have an answer.  We don’t know.

The one thing we do know.  The one truth to which we cling.  Is that our Lord is sovereign, intentional, loving, faithful, and true.

Yesterday He took me to these passages to remind me of these truths:


There is much that we have learned in the past year.  Much that I would like to share.  Now is not the time.  What is paramount now, is to be reminded that our time is limited.  Our time is set.  We are, I am to live in light of that reality.  We are to live Matthew 6:33 (here @ Bible Gateway).
Posted by Mike Cunningham at 11:06 AM No comments: Links to this post