The Bible continues to reveal itself to me.  Example: I cannot count the number of times I have read John 15 (here in Bible Gateway).  I memorized verse 5 probably 40 years ago.  John 15 (here in Bible Gateway) is one of the central passages in the workshops that I use to equip men to study the Word of God.  I have diagramed the sentence.  I have done a verse analysis on that passage.  I talk about the verse with men at least once each week. 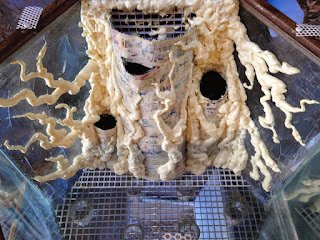 Yet earlier this year I saw something I had never seen before.  You probably have.  It is a blatantly obvious observation.

In John 15:1 (here in Bible Gateway) Jesus said that He is the true vine.  The implication is, again obvious, there are vines that are false.

That begs at least one question, how do we identify false vines.  The answer that could leap to mind is anyone that does not agree with our understanding of the Scripture.  While that is an easy answer, it may not be the best, for it may be too narrow.  I wonder if 1 John 4:2 – 3 (here in Bible Gateway) gives us some guidance on this.

Many different perspectives on the Scripture exist in the Body of Christ.  Some positions that some communities take make it difficult if not impossible for me to regularly engage in those communities.  But, should I consider them a false vine?  If they confess that Jesus came in the flesh, according to John, they are from God.  They are part of the larger Body of Christ.

I am still processing what to do with that.
Posted by Mike Cunningham at 10:20 PM 3 comments: Links to this post

The Critical Need in Leadership Development 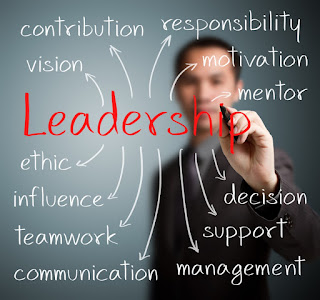 There is a lot that has been written in both the secular and Christian press about leadership.  Much of it is very good.  Much of it, even if not acknowledged in the secular, is Biblical.  While in seminary, Dr. Howard Hendricks taught a course on leadership which I took and subsequently graded for him for two years.  One of his tenants was that the best learning on leadership development was in the business community.  Based on his recommendation, I began to read all of the secular leadership material that I could get my hands on.  It was very, helpful, much of it, as I stated above, Biblical.

While I continue to benefit from much of that literature, there were some assumptions that Prof made that were not voiced but implicit based on his audience.  He assumed, since he was talking to seminary students, a grounding in the Word of God through which the secular business literature would be filtered.

I have been reminded of this critical assumption as I have observed some leadership development in the Body that does not place much emphasis on the importance of that essential grounding in the Word of God.  Further, I was reminded in 2 Chronicles 29:20 (here in Bible Gateway), of the clear need for a spiritual leader of men to focus on the Lord and His Word.

In the context, Hezekiah, after taking the throne of Judah, cleanses the temple and restores proper worship of the Lord, highlighting his regard and obedience to the Word, Law of God.  Then he assembles the princes, leaders, of the city and leads them to the house of the Lord.

Hezekiah got it.  He understood clearly that those who are to lead the people of God have to have a dependent relationship on Him.  He responded as the leader of leaders by insuring that they were coming to the Lord.

Paul tells us in Romans 15:4 (here in Bible Gateway), that Hezekiah’s example is instructive.  If we are charged with developing leaders, and if I read Matthew 18:18 – 20 (Bible Gateway) correctly, we are, a critical part of that charge is to insure that those who would lead are well grounded in the Word of God.  It is not enough that they know the strategy and tactics of leadership.  They first and foremost have to be established, grounded fully in the Word of God.
Posted by Mike Cunningham at 3:28 PM 2 comments: Links to this post

How do you respond to stress?

Ahaz was one of the worst kings of Judah.  Look at 2 Chronicles 28:22 – 23 (here at Bible Gateway).  Note Ahaz’s response to stress.  Rather than turning to the Lord for help, he went farther away from Him.

He sacrificed, worshiped, other gods.  Not only other gods, but the gods of one of the enemies that had defeated him in war.  His reasoning?  Their god must be stronger, because they beat me.

He did not get that the reason he lost was that the Lord had caused that defeat to discipline him, 2 Chronicles 28:19 (here at Bible Gateway).

Thinking through this I wondered if and how I do the same thing.  How do I turn to my enemy’s god when I am in distress?  My enemy is the ruler of this world, Satan.  He has set in place systems that reward those who seek them, wealth, power, influence, popularity, immorality, escape through mind numbing pharmaceuticals or “brain candy” entertainment.

Pursuit of one of those might constitute god envy...

Rather than turn to the Lord when he was under stress, Ahaz sought relief from other sources.  If I do not immediately turn to Him, when I am in distress, I am doing the same.  Regardless of whatever I choose to do to ease the stress other than turning to Him, I am following Ahaz’s example.

There have been a multitude of opportunities to deal with stress in this past year.  In many of the cases I have, by His grace, turned to Him.  But there are times that I have chosen to escape by reading essentially useless books, or watching movies that require no thought.

By His grace, I will choose better.
Posted by Mike Cunningham at 10:21 PM 1 comment: Links to this post