As you know the New Testament was written mostly in Greek.  Paul’s letters were all in Greek.  The verbs in Greek carry much of the weight in communicating the intent of the author.  In our study of the text then, it is most helpful, and important, that we pay attention to the verbs, particularly those directed to Timothy.  Those are:
All of these but the first are second person singular present active imperative, the first is third person singular present active imperative.  We will not engage in defining all of those terms, but the last three.  Present tense can have many nuances but here is continual action.  Active voice indicates Paul intends for Timothy to perform the root action of the verb.  Imperative mood, is as you might suspect, a command.  Paul is directing Timothy to personally see to these actions continuously.

So what?  We could say that Timothy has a lot of responsibility as a leader of the church in Ephesus, and as far as that goes we would be correct.

However, based on the object of the second verb, show yourself, Timothy is to be an example.  Paul tells us in multiple places that we are to follow his example:
Not only does he command Timothy to be an example here, but also he commands Titus to as well in  Titus 2:7.

This is Paul following Christ’s command in Matthew 28:18 – 20, is it not?  Christ expects His disciples, which based on John 17:20, includes us, to teach all that He commanded as part of the process of making disciples.

That would seem to suggest that those imperatives Paul addressed to Timothy, are addressed to each of us as well.

Think about that.  Is that the focus of all of the believers in your community?  Or has that focus been delegated to those who are paid staff or have taken on the mantle of teacher?  It would seem that if Paul’s exhortation does apply to all of us, and I would strongly suggest that it does, that it becomes a practical corollary to Matthew 6:33 for all of us.
Posted by Mike Cunningham at 10:55 PM 1 comment:

Darkness Overcome, He is Risen 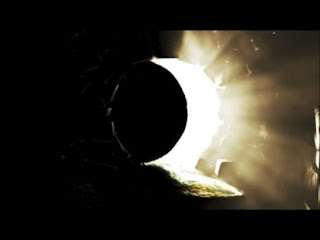 He is risen.
Posted by Mike Cunningham at 7:24 AM 1 comment:

Yesterday, some time back, Christ was crucified.  The Son of God killed.  Placed in a tomb. 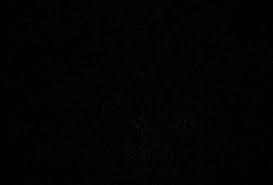 The next day, today, was dark.  His disciples hid.  Their hopes, even though they were hoping for the wrong things, dashed.  Depressed, dejected, in despair.

Some days, some weeks, some months, some years, we seem to be in the dark.

Tomorrow is coming.
Posted by Mike Cunningham at 9:49 PM 1 comment:

Some time ago I was nearly praying constantly for a group of people.  They were facing a difficult situation, decision, and I was deeply concerned about their choices and welfare. 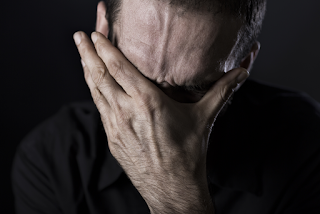 In the process of working through this with them I approached some of the members of the group for an update on their progress toward a solution.  The people I asked questioned my motives for asking.  It seemed that they thought I was going to use that information against the group.

Their response both shocked and hurt, hurt deeply.

I found my zeal to pray for the group and the difficulties they were facing impacted.  It was if the air had been let out of my passion to pray for them.  When I turned to pray for them the questioning of my motives laid like a pall over my halting intercession.

A few months later I was reminded of Christ’s interaction with His disciples in John 13:1 – 4.  The context and reality of what Jesus was facing there is stunning.  He knows what is about to transpire.  He knows that those whose feet He is about to wash are going to betray and abandon Him.  With that certain knowledge He gets up, girds Himself, and engages in menial service to those who in a few short hours will fail Him.

The desperate weakness of my heart was in full display.  The group was not responding to me in any form that would even remotely compare to the disciples abandonment and betrayal of Christ, yet my feeble prayers for them were hindered.  I was and still am ashamed of the shallowness of heart revealed.

I would love to report that I have fully repented of the weakness of both my faith and the practice thereof, but that would be disingenuous.  My prayer increased.  But there were still vestiges of my poor reaction to their rebuff.

I am so grateful, so completely overcome with gratitude that our Lord does not respond to us the way I respond to others attitudes and actions toward me.  It has become one of my prayers that I become more like Him.  Like John said in John 3:30, it is a must for me, He must increase, I must decrease.  My only hope is for His life to fill and overwhelm mine.
Posted by Mike Cunningham at 10:45 PM 3 comments:

Compare Exodus 40:3 and Matthew 27:51 (also Mark 15:38 and Luke 23:45).  As we look forward to this Easter Sunday, it would be good to take some time to seriously and intentionally reflect on the import of Christ’s work for us. 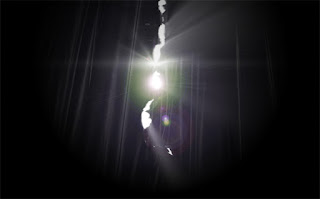 From the time God began to reveal Himself to His chosen people, Israel; from the time He began to tabernacle among them in the detailed design He commanded, directed, and equipped them to build; there was a separation between God and His people.  There was a veil between Him and His people.  At first only Moses came to Him on their behalf.  Then a priest, but only once a year.

The access to Him was veiled, barred, close, but distant.  The people where shielded from the overwhelming majesty of His presence.

Christ’s death, which we remember this Friday, changed that, immediately, permanently.  The veil, the obstruction, the distance was torn in two, removed.  The presence of God, man’s relationship with Him was radically changed.

Whereas before, only the High Priest had access, once a year.  Now the way, John 14:6, was clear, wide open, available for anyone to enter.  No longer was a sacrifice necessary.  The ultimate sacrifice, the perfect sacrifice was made to clear the way.

We only have to choose to walk through the torn veil.
Posted by Mike Cunningham at 10:16 PM 1 comment:

Help for the Pathetic (me)

I have said before here that I am not a great prayer warrior.  Prayer is hard for me.  I find myself in the company of the apostles in the garden with Christ, falling asleep after a few minutes of “deep” intercession. 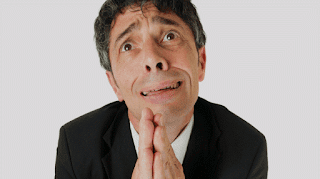 The good news, at least for me, is that as bad as I am I get some really excellent help.

I was in Psalm 5:1 the other day and I was struck by the word “groaning,” it immediately brought to mind Romans 8:26 – 27.  There we read that the Holy Spirit intercedes for us with “groanings” to deep for words.  Note, by the way the reason the Spirit prays for us, “We do not know how to pray as we should.”  The encouraging thing here for me is that Paul includes himself in that category.  Paul the one whose prayer life has been the subject of really good books and whose prayers I have been using as a model to pray for others.

But there was more.  The Spirit prays for us, intercedes for us according to the will of God.  That led me to 1 John 5:14 - 15, which tells us that when we ask according to His will, He hears us, and we have that for which we ask.  So whatever it is that the Spirit is praying for us, is granted.

I am bad at this.  But the assistance I am getting from both the Spirit and Christ – I find myself at a loss for words to express the magnitude of that incredible, priceless reality.
Posted by Mike Cunningham at 7:56 PM 3 comments: