The Incredible Power of The Body

Repeatedly I am floored by the power of the Body of Christ.  In more ways than I can count today that power was revealed. 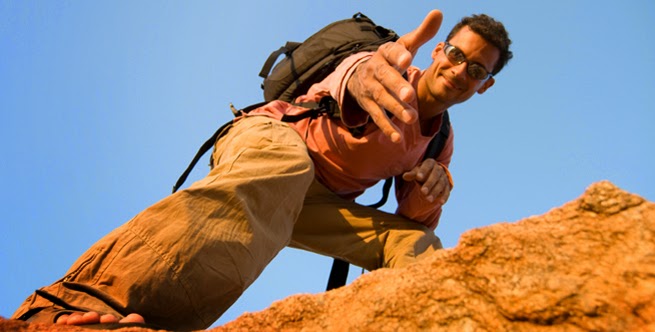 First in the study on Jeremiah this morning one of the men was sharing a summary of what he had seen in the first 12 chapters.  I took notes as I listened.  Things he said caused me to see the structure of those chapters differently.  I did not tell him what I was thinking until after the study.  I saw in what he shared a structure that he did not see that helped him understand his summary at a deeper level.  I learned from him.  He learned from what I learned from him.

I got a series of emails nailing down the next Dads Teach the Bible Workshop this morning.  One of the men who has been through two plus of the workshops sent me a draft of a letter that will be sent to the men of the church to recruit to the workshop.  He shared that one of the most valuable parts of the workshop is the interaction between the men in the group.  He stated, that like I did this morning, he learned much from what the other men in the group saw in the passages we covered.

.  Last June I – finished is too strong a word here, the study will never be "finished" but I can’t think of another one so – finished an 18 month study on the Kingdom of God.  The details of my study are not important but the document was over 200 pages.  Willard’s first chapter dives deeply into his view of the Kingdom of God.  I found myself working through his thoughts comparing what he said to the conclusions our group had come to in our study.  I will recommend that my fellow travelers on that road look at Willard’s thoughts.

The key to the power of these three events today was the same.  In each case each man who was engaged had spent time on his own studying the Word of God in the passage or on the topic that was being discussed.  Their listening, their thought, and their comments were shaped, evaluated, and molded by the comments of the others in the conversation who had likewise come to the table having done their own study.

That is the power of the Body.  Each person contributing.  Ephesians 4:16 tells us that is what is supposed to happen.