The Bible continually intrigues me.  For instance, Judges 7:2 (here @ Bible Gateway).  Here the Lord tells Gideon that is army is too big.  The Lord doesn’t want Gideon and the nation to reason that they had won on the strength of the army.  It was God who was going to deliver them. 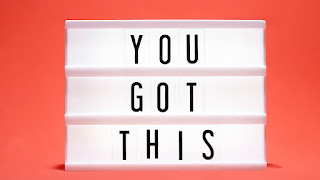 The Lord then takes the army through a two-phase process that took the army down to 300 from 32,000.  Significant difference.

Now look at 2 Chronicles 20:17 (here @ Bible Gateway).  The Lord instructs Jehoshaphat that he doesn’t need to fight with those who are coming against him.  He tells him to take the army out and stand and see what the Lord does.  He essentially is having the army as an observer.  He then routs the enemy without Jehoshaphat’s army lifting a finger.

He doesn’t need us.

But in some cases, like Gideon, he allows participation.  In others, like Jehoshaphat, the Lord lets him watch.  In both cases the Lord did all the work even though in one case he allowed participation.

This contrast, this reality, raises at least one question for which I have no inkling of an answer.  Why?  Why does the Lord act differently in each of these cases?  On the one hand He allows Gideon minimal participation, on the other He forbids Jehoshaphat to engage.  What were the reasons for the difference?  Was there something about these men that caused the Lord to act differently?  We do not seem to have any data to come to a reasonable answer to any of those questions.

That is frustrating.  Being trained as an engineer and pilot, I have difficulty with uncertainty.

One thing here though is certain.  If we think we are in control of what is going on, if we think we can affect the outcome of a battle, be it spiritual or in a human war, we are mistaken.  Throughout the text of the Old Testament and supported by the descriptions of God’s nature and character in the New Testament, this is His story.  He is firmly in control.

That is the one clear thing.  It is also a bright, unwavering beacon of hope.
Posted by Mike Cunningham at 9:16 PM