Gideon was a judge of Israel, the fifth mentioned in the book of Judges (here @ Bible Gateway).  The Lord led him to save Israel against Midian with 300 men.  We looked at that a couple of days ago. 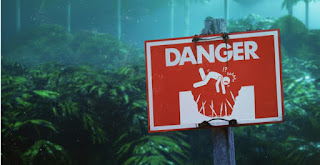 Read through Judges 8:22 – 27 (here @ Bible Gateway).  There is an interesting lesson here.  Gideon was asked to lead Israel.  He was a hero.  He had earned the people’s allegiance.  But when asked he refused.  Instead he asked for one gold earring from each.  That resulted in Gideon having about 70 pounds of gold.  In todays dollars that works out to be about 1.7 million.

Gideon brings the gold back and makes a 70-pound ephod which is the part of the priestly garment that is over the robe.  He places it in his home town and it becomes an idol that Israel and Gideon worship.

There is a lesson here.

Success and devotion to the Lord does not insure finishing well.  Things we do to honor Him may become, like it did for Gideon, a snare for us.  We can become focused on those things rather than the Lord.  For instance:


There are probably other ways we can get off track, those are just a few.  Gideon’s means of remembering his defeat of Midian became his god.  We have to guard daily against making what we do well for Him a similar thing for us.
Posted by Mike Cunningham at 10:53 PM