Ezekiel 33:8 is a passage that has been in my Scripture memory project for a long time.  I do not know when that passage first grabbed my attention but it has been at least a couple of decades.

When I was in the Air Force there was a kid in my undergraduate pilot training class that washed out.  He was smaller than most of us and had a rather large chip on his shoulder, probably as compensation.  I remember during a pick up basketball game he jumped from the top of the key onto my back.  I grabbed him with one arm and pulled him off of the ground.  When I saw who it was I put him down and walked away.  He wanted to fight.  I kept walking.  I was a relatively new believer but I knew that I should not engage with him in that way.  After he washed out, he was in the back seat of an F-4 as an Electronics Warfare Officer.  He and his pilot took got target fixation on the range and flew their plane into the ground.  I never shared my faith with him. 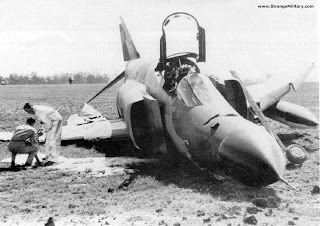 There was another kid in my BOQ.  He was a few classes behind me.  Since I was about to graduate he would come by the room and ask questions.  During range training in his F-4 he flew his plane into the ground as well.  I never shared my faith with him.

In my UPT class there were four students from Norway.  I flew with one of them on our formation check ride.  As they were leaving to catch the plane after graduation we were saying goodby in the parking lot.  I do not remember how it came up but the issues of my trust in Christ came up, one of the guys said, "I can see there are some things that we have not fully discussed."  A year later while on a cross country flight with at student I ran across a Norwegian Colonel.  I asked him how the pilot with whom I flew the check ride was doing.  He told me he flew an F-104 into the North Sea while chasing a Soviet sub.  I did not share my faith with him.  It remained undiscussed.

There were many others.

When I read Ezekiel 33:8, those men haunt me.  There are others around me now that need to hear about my relationship with Christ.  There are those around all of us that need to hear.  We do not have the option to wait to tell them.  They may not be there long.
Posted by Mike Cunningham at 10:37 AM