If you read this a lot you may have noticed that Chuck comments on the posts quite often.  He is one of my mentors.  I learned a lot of what I share here from interactions with he and his wife – by the way he married up.  He was in the study I mentioned yesterday for a couple of years but has stepped out for a time to concentrate on the duties of his mission, which are both critical and impactful. 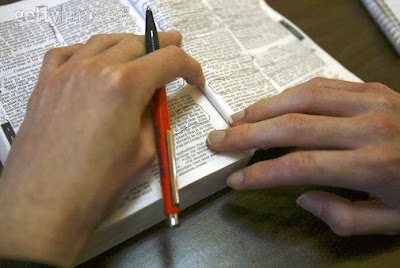 As I mentioned yesterday the rest of us met this morning on 1 Peter 1.  It was a rich, packed, hour.  Each guy has about 15 minutes to share.  The rest of us listen and when they are done pepper them with questions or observations.  These men are warriors.  They do not make insignificant comments and we push each other on what we have seen in the text.

For me today I was – well this week in this chapter has been rich.  I was a bit flustered because I had much more to share than time allowed.  It is at the point in the study where I have to tell somebody something but there is not currently a venue for that to happen.  If you have not experienced that in your study, dig deeper.

Anyway – in sharing I overstated a point – partly to make a point.  The way I framed what I said was just wrong.  One of the men, when it was his turn gently corrected what I said.  It was not a confrontation, just a realignment of what I had stated to the center of the text.  It was good.

If you do not have that type of study, with those types of people, seek it out.  Do not settle for the banal and simple.  Push yourself and find friends who will push with you.  We are in two different time zones and four cities.  It is an effort and sometimes a technical challenge to make it work.  It is worth far more than the effort.

After the meeting I ran across a quote that really sums up the value of the experience each week.

I covet that for you.
Posted by Mike Cunningham at 7:05 PM